Some fabulous news that I can share with you today, now that the embargo has been lifted….Sam Jones, Head of Drama at Hele’s, is one of just 11 ‘Silver Winners’ nationally in the category for Teacher of the Year in a Secondary School.  I have today done a special assembly to present the trophy to Sam and to celebrate his fabulousness!!

As well as a lovely trophy, Sam and a guest are invited for a special afternoon tea at the House of Commons in London in July – let’s hope he doesn’t end up in the Prime Minister elections…although the country would be a brighter place with Sam in charge!

Our winner will also be accommodated in London overnight on 20th October, attend a special ‘Winner’s Dinner’ with other Silver Winners across all categories of award along with some high-profile celebrities, and then be whisked off for a huge formal celebration, where the Gold Winner (i.e. the overall UK winners for each category) will be announced.  This ceremony – billed as the Teaching Oscars – will be filmed and televised the week after the ceremony, so his Hele’s family can all be part of the event – we congratulate Sam & wish him the best of luck for October’s live final!

Read the full press release by clicking the attachment below! 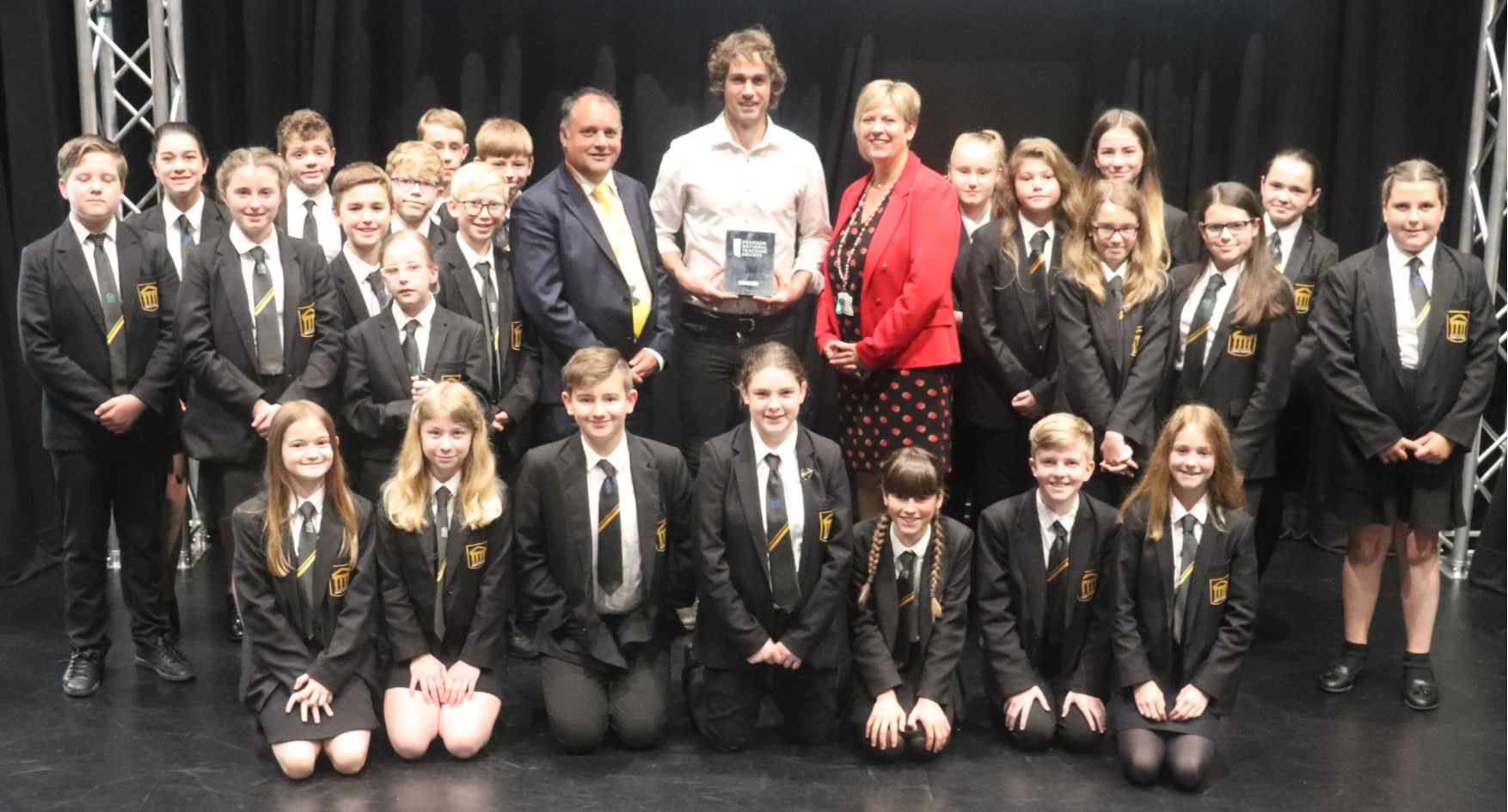